Get fresh music recommendations delivered to your inbox every Friday.

by The Prison Music Project 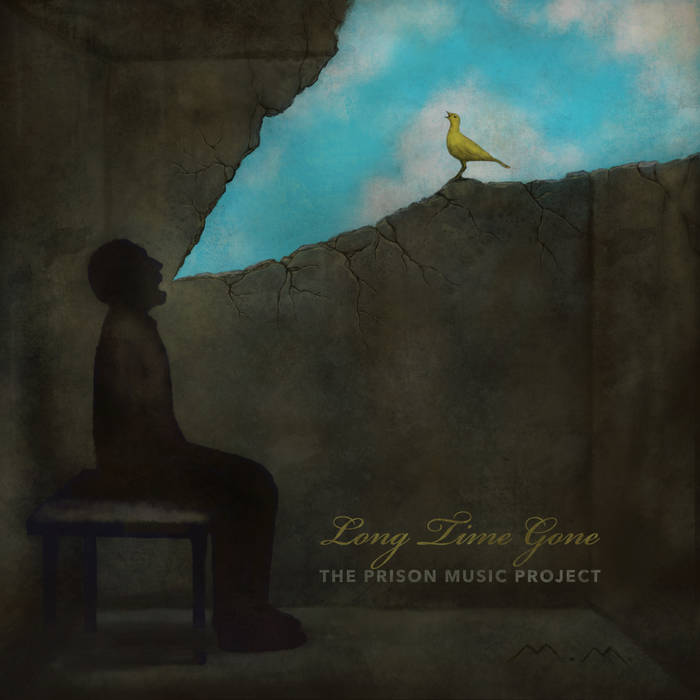 Fan99999 Beautiful, sad and scary. The line between an easy and a hard life is razor thin.

sidian5 These songs are wonderfully affective. Favorite track: All Over Again.

In May 2010, Zoe Boekbinder paid their first visit to New Folsom Prison, a maximum-security penitentiary outside Sacramento, California. They volunteered in New Folsom for four years, until the end of 2014, playing concerts and teaching workshops in songwriting.

Over the years, a lot of poems, raps and songs were created and shared by the incarcerated men who participated in the workshops. Some of the writers asked Zoe to collaborate with them and Zoe found themself contributing a melodic hook to a rap or setting some words to music. One of the participants, Ken Blackburn, was already an accomplished songwriter and offered up to the group finished songs to sing. A body of work developed that was as diverse as the people who contributed to it. The songs — overflowing with pain and regret, longing, perseverance and hope — form a collective snapshot of the hidden face of America: the two million people living inside its prison systems.

Mass incarceration in the United States is a human rights abuse that, in a perfect world, would be addressed as such by an international court and dealt with accordingly. In this imagined scenario, America would abandon all policies which led us into this human rights crisis and concede to move immediately towards de-escalation and retroactive reform. We would admit that turning prison systems into for-profit industries was absolutely the wrong way to go. We would awaken to the reality that it is, in fact, unconscionable.

Moving beyond policies which were designed to further entrench poverty, perpetuate racial inequality, and encourage mass incarceration is something we can do on our own, of course; we don’t actually need an international tribunal. We have already learned which are the harmful policies and we have imagined and designed alternatives. One powerful alternative to our current approach is the Restorative Justice model. Restorative Justice has been employed widely in places ranging from South Africa and Angola (in the aftermath of wide-scale violence) to the everyday criminal justice system of New Zealand. It is, to put it simply, a conversation between those who have been harmed (victims), those who have caused harm (perpetrators), and their communities, facilitated by a mediator. In the US, it is used in schools and even, occasionally, in a murder trial, but usually only when the designated victim asks for it and the court allows it.

Restorative Justice is powerfully healing because it fosters empathy and restores the broken connection that either caused, or allowed for, the violence to occur in the first place. It provides space for everyone’s voice and experience to be heard and felt. It allows those that have been harmed to be a part of deciding what the repercussions are. Restorative Justice, as a method, has actually been used for centuries. It is heavily influenced by ancient indigenous and aboriginal peacemaking practices from different parts of the globe. In a modern context, it reimagines the role of the state from that of administering punitive systems of incarceration and execution (perpetuating cycles of violence) to providing safety while facilitating restorative justice mediation, reparation, and amends (transforming cycles of violence).

Imagine what we could manifest in society if we stopped funding violent institutions and policies and instead poured our resources and collective intelligence into fostering social relationships and finding alternatives to violence. What if the Restorative Justice System was one of the main functions of a greater Federal Department of Peace? Imagine an organization with the budget of the Pentagon designed to oversee domestic as well as international policy with the goal of achieving peace, safety and stability for all people. We could end the dissemination and proliferation of mass killing machines on our streets, for instance. Imagine if it was somebody’s job to figure out how.

We may not be quite to the point of a feminist reinvention of our very institutions but, thankfully, there are steps being made towards reforming our justice system — steps which have finally begun backing down from the “tough on crime” policies initiated in the Nixon era and greatly propelled by the Reagan, Bush, and Clinton administrations. In December 2018, Cory Booker (a Democrat from New Jersey) led a bipartisan congressional team to pass the First Step Act which rang like a bell of hope across the country. Governors of various states have begun to volunteer to do the work of commuting unjust and extreme sentences. Minimum sentencing laws are being repealed. The so-called “drug war,” which incarcerated scores of non-violent drug offenders and yet somehow managed to overlook the opioid epidemic, is finally being called into question. Cell phone cameras are showing us how deeply racism is embedded into our society and how implicit bias plays out through us all. The excessive force of police departments is being scrutinized.

Meanwhile, Zoe, having been touched by the men they met during their time at New Folsom and by the songs they created together, hatched the dream of transforming these songs into an album. To realize that dream, they enlisted the help of activist, producer and Righteous Babe Records founder Ani DiFranco. Six years after that saw the completion of the sprawling collaboration you now hold in your proverbial hands. Many singers, producers, artists and musicians were brought in along the way and together, we form a collective we call The Prison Music Project. Most of the contributing musicians were paid a minimal honorarium for their work and Zoe and Ani worked for free.

The ten-year process of this record seemed to play out in slow motion, but it seems only fitting because many of the songwriters here are serving life-without-parole sentences. For them, there is nothing but endless gaping time. Daring to hope and daring to feel in such a context becomes a revolutionary act. Our intention, with this project, is to simply reflect the shared humanity of people on both sides of prison bars, and maybe even to reflect how hoping and feeling are revolutionary acts for any of us, in any context. In defiance of a dehumanizing mass incarceration system, The Prison Music Project facilitates the best of our shared humanity: collaboration, community, and good art. And, of course, we also support other organizations which are out there helping people whose lives have been impacted (and sometimes devastated) by incarceration. All the proceeds from this record support incarcerated and formerly incarcerated communities.

Spoon Jackson has been in prison for forty years. He was handed a life-without-parole sentence at the age of twenty and now he is sixty. Amazingly, while in prison, he published a memoir entitled By Heart (co-written with his first creative writing teacher, Judith Tannenbaum) and also produced a book of poetry called Longer Ago. He has done guest teaching by proxy with friends on the outside in academia and he is currently a contributor to the podcast Uncuffed. Spoon once wrote a poem called “Nowhere but Barstow and Prison,” which Ani adapted into song for this record. In the process, he and Ani became friends. He was aware of Ani’s work with the folksinger and storyteller Utah Phillips even before the two met over the phone. Spoon had long since evolved into a peaceful and connected person but, to this day, he has no legal mechanism for having his personal transformation recognized by the state. Without the governor of California personally commuting his sentence, thereby making him eligible for parole, Spoon has no path to freedom no matter what he does. Multiply Spoon’s story times a number that takes your breath away and you are approaching the reality of “justice” in America.

Recording devices were not allowed into the prison, so only a few of the songs on this record are performed by their authors: “Ain’t Trippin’,” “Breakthrough,” and the rap at the end of “Monster” were recorded over the phone. The rest of the songs, for the most part, have been reinterpreted by women. The voices and musicianship of women weave themselves through and around these incarcerated men’s stories, emphasizing the universality of a dream deferred and also highlighting, with each juxtaposition, our human capacity for empathy. Of the songs that feature performances by the writers themselves, only “Survivalist” was recorded in an actual recording studio, after its author, Alex Beatriz was released.

We hope you enjoy this record and that the songs move you as they do us. We hope, as a society we can be moved swiftly to make America great — truly great — for all of us, for the first time. What does it mean for any of us to forgive each other? We believe it is a process which involves hard work. And where do we begin? We begin by listening.

Grammy winner and feminist icon Ani DiFranco began her career as a proponent of the artist-run label, creating her own Righteous Babe Records in 1990. Since then she has released over twenty studio albums and supported a broad range of social causes including racial justice, reproductive rights, gender equality, environmental issues and prison reform. ... more

Bandcamp Daily  your guide to the world of Bandcamp